The Consumer Expenditure Survey - POF assesses the structures of consumption, expenditures, income and part of the asset variation of the households, providing a profile of the life conditions of the population based on the analysis of the household budgets. In addition to the information directly associated with the budget structure, a number of characteristics of the housing units and households are also investigated, including the subjective self-assessment of life quality. The results of the survey also allow to study the composition of the household expenditures according to the income classes, regional disparities, urban and rural status, diffusion and volume of transfers between different income classes, as well as the dimension of the consumer market for groups of products and services.  The survey has the household as the investigation unit and it is based on sampling.

The 2008-2009 POF was the fifth survey carried out by the IBGE on household budget. The previous editions were: the 1974-1975 National Study of Household Expenditure - ENDEF, with a nationwide coverage, except for the rural areas of the North and Central-West Regions; the 1987-1988 POF; the 1995-1996 POF; and the 2002-2003 POF. The Consumer Expenditure Surveys of the 1980s and 1990s were conceived to primarily update the consumer structures of the consumer price indexes produced by the IBGE, being accomplished in the Metropolitan Areas of Belém, Fortaleza, Recife, Salvador, Belo Horizonte, Rio de Janeiro, São Paulo, Curitiba and Porto Alegre, in the Municipality of Goiânia, and in the Federal District. Besides covering the entire Brazilian territory, the POFs of the 2000s included additional subjects over the previous editions, due to the need of detailed information on the life conditions based on the consumption, particularly of the households with lower income, the reason why the rural area was included in the geographic coverage and the non-monetary purchases were also investigated.

The current sample design of POF was structured in such a way that it releases the results at the following levels: Brazil, Major Regions and also by urban or rural status. The results include the totals and the urban situation for the Federation Units. The results correspond to the urban situation in the nine Metropolitan Areas and Municipalities of the Capitals. As of the project called Master Sample, developed by the IBGE to implement the Integrated System of Household Surveys - SIPD, the Consumer Expenditure Surveys had the sample design defined by the Master Sample, and its sectors selected among those from that sample.

About - Analysis of Personal Food Consumption in Brazil

The 2008-2009 Consumer Expenditure Survey had the purpose of providing information about the composition of household expenditure based on the investigation of consumption habits, expenditure allocation and income distribution, considering the characteristics of households and people. POF also investigated self-perceived life quality and the nutritional profile of the Brazilian population.

In this publication, IBGE presents an analysis of the food consumption of the Brazilian population aged 10 or over. The data registered in the Sheet of Personal Food Consumption were used in the elaboration of the publication. Each resident took notes of all the food consumed inside and outside of the housing unit for two non-consecutive days, in the urban and rural areas of the whole country, throughout twenty-four hours of the day. The employed methodology was based on several data sources, such as the Table of Reference Measures for Food Consumed in Brazil, Tables of the Nutritional Composition of Food Consumed in Brazil, both resulting from 2008-2009 POF, and technical-scientific publications.

The estimates of the averages of consumption of food, energy and nutrients are presented for the total population, considering sex, groups of age, geographic region, housing unit location and classes of income. The publication also presents the prevalence of consumption inadequacy relative to macro and micronutrients, calculated based on national and international parameters, such as EAR (estimated average requirement) proposed by the Institute of Medicine – IOM –, for the population of the United States and Canada. The study was conducted in partnership with the Ministry of Health. For the evaluation, compilation and structuring of the results, IBGE counted on the contribution of technicians and specialists in nutrition, with notable experience and competence, from the Ministry.

Concepts and methods - Analysis of Personal Food Consumption in Brazil

Methodological considerations on the Consumer Expenditure Survey can be obtained in the Technical notes chapter of its results publication. 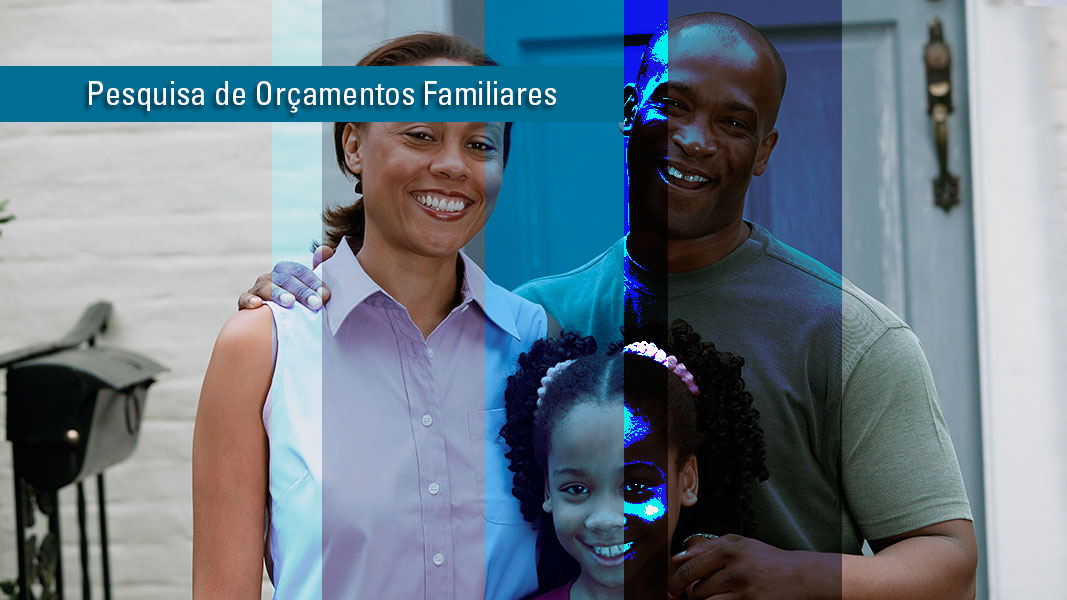 Households with earnings up to two minimum wages (R$1,908.00) committed more of its budget with food... 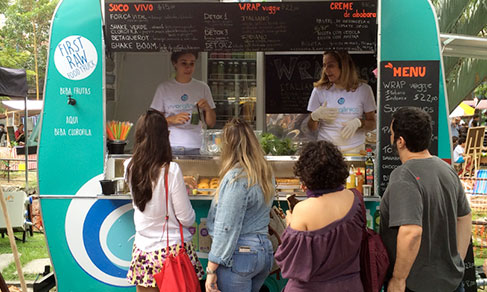 Eating away from home is becoming an option for more and more persons. Of the total expenditures of the... 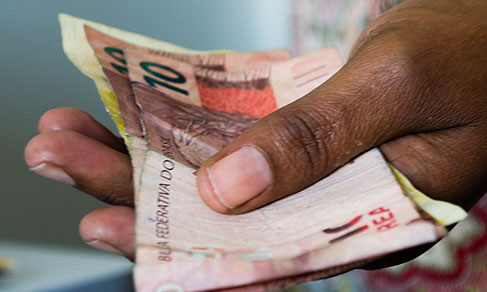 According to the Consumer Expenditure Survey - POF 2017-2018, released today by the IBGE, the monthly... 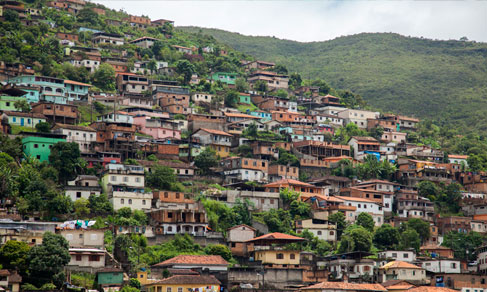 Households with income up to two minimum wages (R$1,908) commit great part of its budget with food and...

Tables of Nutritional Composition of Food Intake in Brazil

To see comparative graphs and information tables, select at least one item in the "Food" menu and one in the "Preparation Method(s)" menu and click on "Insert food".