It provides estimates for the total population of the Brazilian Municipalities and Federation Units, based on July 1st of the current calendar year.

The IBGE releases the state and municipal population estimates since 1975. From 1992 onward, it is published in the Brazilian Official Gazette, according to the Article 102 of Law no. 8,443, of July 16, 1992, to meet Item VI of Article 1st of that law. In 2013, Complementary Law no. 143, of July 17, 2013, established that an authorized entity of the federal executive power will publish every year in the Brazilian Official Gazette the population of the Municipalities up to August 31 and the population of the States and Federal District up to December 31. It should be highlighted that the municipal populations are the most important input used by the Brazilian Court of Audit to distribute the States and Federal District Revenue Sharing Fund - FPE and the Municipal Revenue Sharing Fund - FPM.

The IBGE does not produce population projections at the municipal geographic level. The Population Projections for Brazil and Federation Units are prospective, estimated by demographic methods, whose current horizon is up to 2060. The projected populations are released by sex and age group, allowing the analysis of the evolution of the size and age structure of the population. For more detailed information on this theme, see Population Projections.

Tables of population estimates for the Brazilian municipalities and Federation Units on July 1, 2021:
PDF  |  ODS  | XLS

Meeting a legal provision, Law no. 8443, of July 16, 1992, article 102, the IBGE published in the Official Gazette, on August 27, 2021, the population estimates for the Brazilian municipalities and Federation Units based on the reference date of July 1, 2021. Complementary Law no. 143, of July 17, 2013, changed article 102 of Law no. 8443, revoking paragraphs 1 and 2, which established the deadline of 20 days after the publication of the estimates in the Official Gazette to complain to the IBGE.

The estimates of municipal populations published by the IBGE may raise doubts or disputes as to their calculation or compatibility with other municipal information.

Firstly, it is important to inform that the IBGE does not review municipal population estimates, except for judicial determinations or if there is any calculation error not previously identified.

The calculation methodology used to estimate municipal populations can be found at: https://www.ibge.gov.br/estatisticas/sociais/populacao/9103-estimativas-de-populacao.html?=&t=notas-tecnicas

Listed below are the questions most commonly reported to the IBGE regarding municipal population estimates and the clarifications for a better understanding.

a) Population decrease with consequent decrease of FPM coefficient

With reference to the Municipal Revenue Sharing Fund - FPM, the only and exclusive involvement of the IBGE is the referral of the results of the Population Estimates to the Brazilian Court of Audit - TCU. The IBGE does not interfere with decisions regarding the calculation of the Fund's quota distribution. It is worth mentioning that Complementary Law No. 165, of January 3, 2019, states that: As of January 1, 2019, the FPM distribution in 2018 remains the same for the Municipalities that present a reduction in their coefficients as a result of the annual IBGE estimate, until coefficients are updated based on the new Population Census.

In 2018, the IBGE used information obtained from the Vital Statistics and the Live Birth Information System - SINASC of the Ministry of Health, on birth records as an input for developing the population projection of the Federation Units. This has been made possible by the improvement in the quality and coverage of records in the states in recent decades. Nevertheless, it was necessary to estimate different adjustment factors for each state to make up for possible underreporting. In the case of deaths, it is still necessary to use indirect demographic methodologies for data correction, also due to underreporting. However, in municipal population estimates, birth and death records are not used due to the different levels of underreporting, in many cases, not measurable ones.

We also emphasize that only birth and death data, analyzed together, cannot result in population estimates. A greater increase in the number of births than in that of deaths does not necessarily indicate a real population increase, since the population in a given area at a given point in time is the result of an initial population stock to which the balance between births and deaths occurred in the respective time interval, as well as the migratory balance observed in the same period. As administrative records are not available to directly measure the volume and flow of migratory movements in the municipalities, and migration surveys to the municipal level is restricted to demographic census or population counts, it is necessary to use mathematical and/or demographic methods to estimate the total population of the municipalities.

Regarding the claims related to increases in various administrative records of the municipality, it is worth saying that the IBGE does not use information from administrative records in the calculation of estimates of municipal populations. These records were not created for statistical use, but for control and management of public policies. Thus, in order to be used for statistical purposes, specifically as a reference to measure population evolution, it becomes necessary to: assess the quality of records through data editing and  data consistency; proceed with the cleaning of the bases or with the necessary imputations; assess the degree of coverage of these records; and, finally, to harmonize the concepts used, aiming at using these data in specific statistical models to estimate small area populations. In this sense, the IBGE has been, on the one hand, making efforts in the search for partnerships, through Technical Cooperation Agreements with the agencies responsible for these registries, to jointly work out these databases, seeking to adapt them to the statistical use; and, on the other hand, improving the study of statistical and/or demographic methodologies that make use of this information to estimate populations of small areas.

d) Margin of error in the estimates

e) Existence of rural settlements, agribusiness, industrial and/or commercial growth, oil royalties, new residential allotments and occupied allotments, major infrastructure works, installation of factories, universities, prisons, among others, which lead to migratory movements and, consequently, to the increase in the municipality population after the 2010 Census

Only during the census operations does the IBGE survey populations from all Brazilian municipalities. In the intercensal period, the municipal populations are estimated by mathematical models, whose main inputs are the population growth trend outlined by the enumerated populations in the last two censuses. New ventures that may change the already observed growth trends of municipalities shall only be considered to calculate new trends in the next census or population count.

f) Conduction of a new enumeration operation in the municipality

For technical, logistical and operational reasons and also for methodological reasons, the Population Census should collect information at the same time, in all Brazilian municipalities. This way, it is ensured that the results of the survey of the population of these municipalities have a basis of comparison. Also, to make sure there is no double count, the reference date must be unique. In the case of the 2010 Census, the date was August 1, 2010.

The calculation formula of the Municipal Population Estimates is grounded on populations basic input obtained from the Population Projections for Brazil and the most recent Federation Units, as well as the population growth trend of each Municipality in the last decade, outlined by the respective populations, enumerated in the last two Population Census. In addition to the basic inputs mentioned, the municipal population estimates incorporate, each year, updates of the political and administrative divisions of the country, which are a reflex of the changes in the territorial borders of the municipalities occurred after the last population census. Thus, the time comparison of municipal estimates released by the IBGE should take into account the revision of the projection that was used as a basis of calculation and whether there was a change in the territorial border in the municipality, thus, ensuring that the comparison is made under the same basis of calculation and the same territorial base.

Should any doubts persist, please consult the IBGE customer services on: www.ibge.gov.br/atendimento.html

The IBGE releases today the estimates for the resident population in the 5,570 Brazilian municipalities.... 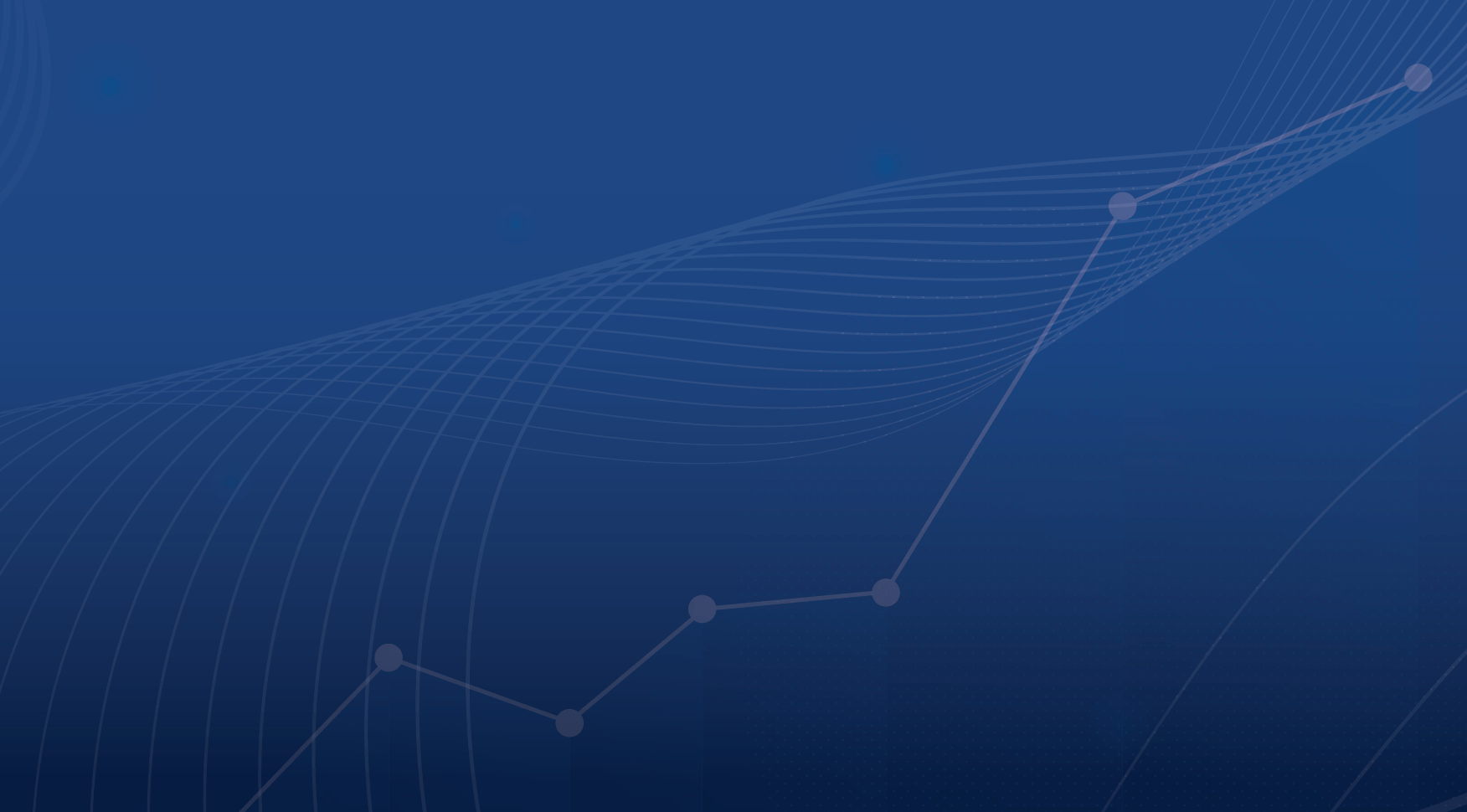 According to the Population Estimates released today (27) by the IBGE, the number of Brazilian inhabitants... 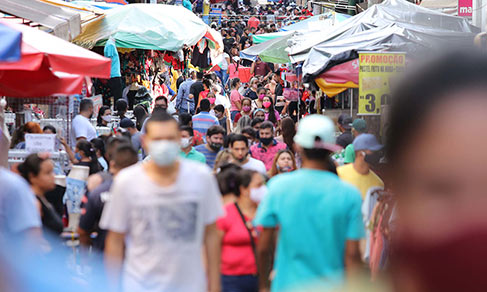 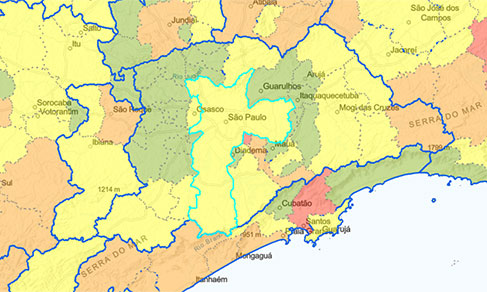 The IBGE released today the estimates of the resident population for the 5,570 Brazilian municipalities,... 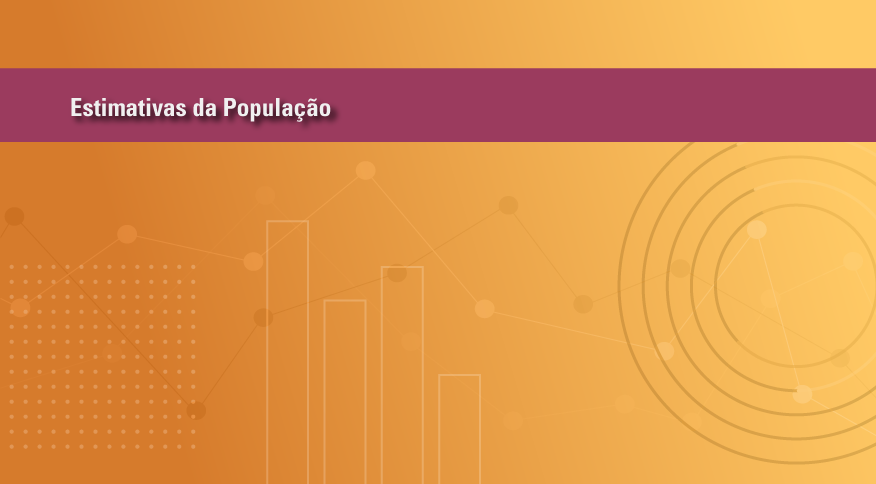 According to the Population Estimates released today (27) by the IBGE for the 5,570 municipalities, Brazil... 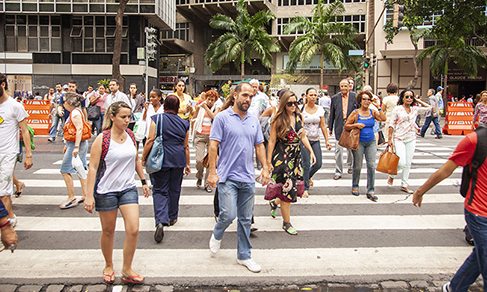 The IBGE discloses today the estimates of the population living in the 5,570 Brazilian municipalities, taking... 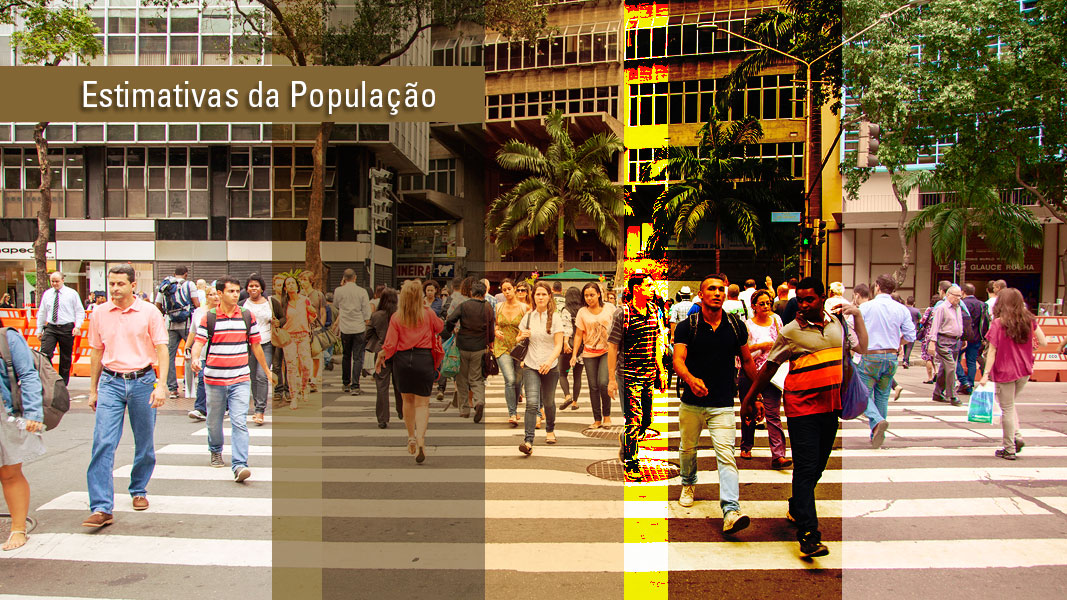 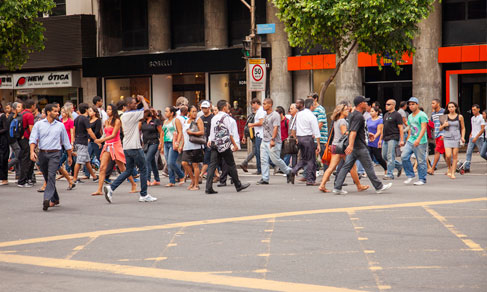