The Municipal Basic Information Survey - MUNIC presents, at regular intervals, detailed information on the structure, dynamics and operations of public municipal institutions through their different sectors, having the municipality as the investigation unit and the city hall as the major informant.

MUNIC began in 1999, involving all the municipalities in Brazil. The themes and issues of the basic questionnaire are regularly raised and aim at addressing the information needs of the society and of the Brazilian State. They will consolidate an up-to-date statistical and register database that provides a relevant set of indicators to assess and follow up the institutional and administrative boards of the municipalities. In a permanent effort to update the survey, MUNIC usually brings a supplement that includes specific subjects in a more detailed way. As of 2005, the block on the basic characteristics of the managers of the basic questionnaire began to be investigated at each 4-year period, always in the initial years of the administrations elected in the previous year.

The survey provides assorted information on the public municipal management, including the legislation and existing planning instruments in this administration sphere, especially those established in the Statute of the Cities and that, together with the master plan, aim at regulating the use and occupation of the urban soil; organization of the city halls; staff by employment relationship, both in the direct and indirect administration; financial resources used by management;  and public sectoral policies in the areas surveyed (housing, transportation, agriculture, environment, etc.), among other aspects.

The periodicity of the survey is annual. The geographic coverage is national, with results released for Brazil, Major Regions and Municipalities. It should be highlighted that two Brazilian districts are treated by MUNIC as municipalities: the Federal District, headquarter of the federal administration, being Brasília the federal capital; and the State District of Fernando de Noronha, an archipelago located in the State of Pernambuco. In both cases, informants of the local administration answer the basic questionnaire.

The Municipal Basic Information Survey - Munic is a detailed survey of administrative records on the structure, dynamics and operations of public municipal institutions, particularly the city hall, also covering different aspects of the public policies by sector under the responsibility of the municipality. The results allow for the consolidation of updated statistical database and administrative records, with indicators of assessment and monitoring of the institutional and administrative framework of the municipalities.

In this edition, the IBGE disclosures the results of the survey carry out in 2018 in the 5,570 Brazilian city halls. The data are organized by sizes ranges of the population, by Major Regions and Federation Units, grounded on the regular increase and update of the variables investigated since 1999, when the first edition was released. This version, organized in ten chapters, the following issues are focused: human resources of the local administrations, legislation and planning instruments, education, culture, health, social assistance, food security, labor and productive inclusion, women's policy, and migration management instruments, the latter investigated for the first time based on administrative records made available by the Federal Police. The inclusion of this theme, it should be noted, is aimed at the various aspects of the management instruments, including cooperation with the other federative entities, given that the integration of recent migratory flows - especially from people coming from the southern hemisphere, with socio-economic and ethno-racial profiles completely different from those that Brazil was used to receiving - falls mainly upon the states and municipalities.

The publication includes technical notes on the survey and a glossary with the concepts considered essential for the understanding of the results.

The constant effort to update the survey's topics has attracted the interest of different agents and organizations as to obtaining information that contributes to the implementation of efficient sectoral policies, by the understanding of the dynamics that the phenomena have been acquiring at the local scale.

The complete database of the survey and result tables of the Basic Questionnaire can be seen on the IBGE web portal.

The statistics herein released reflect the different realities of Brazil and allow to pinpoint the deficiencies in the Brazilian municipalities, thus contributing to the democratization of the public management through the formulation and improvement of different policies for specific issues of their population.

Methodological considerations on the Survey of Basic Municipal Information can be obtained in the Technical notes chapter of the results publications. 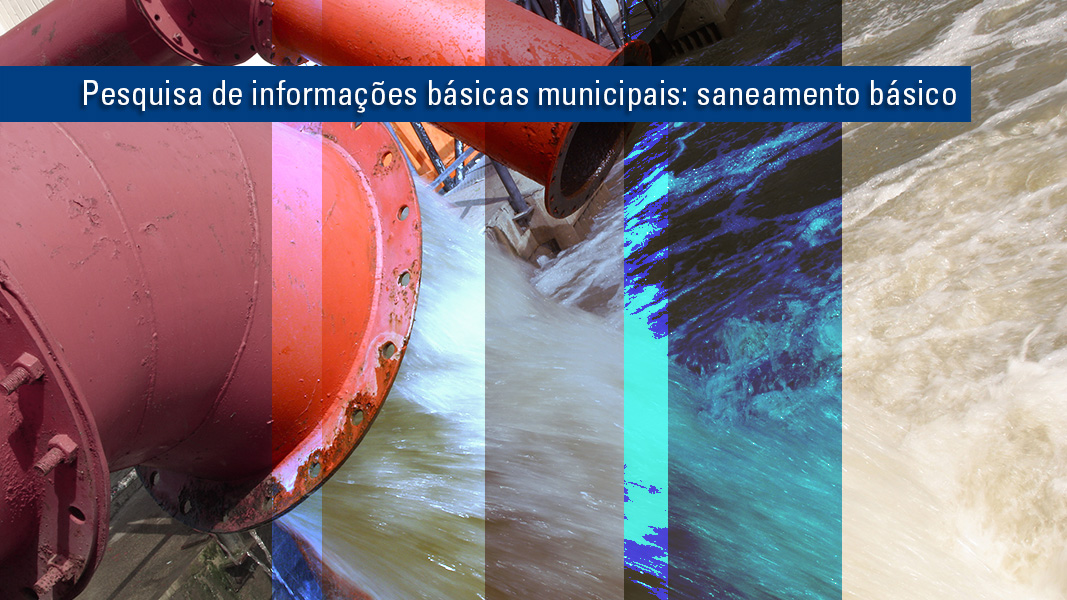 Munic: more than half of Brazilian municipalities did not have any basic sanitation plan in 2017 19/09/2018