Results by sub-item (in xls format)

The National System of Consumer Price Indexes - SNIPC produces - continuously and systematically - consumer price indexes and, in this production, has, as data collection units, commercial and service-rendering establishments, concessionaires of public Internet services.

Currently, the target population of the IPCA-15 is formed by families whose income ranges from 1 to 40 minimum wages, whatever the source, living in urban areas included in the SNIPC, which are: the metropolitan areas of Belém, Fortaleza, Recife, Salvador, Belo Horizonte, Rio de Janeiro, São Paulo, Curitiba, Porto Alegre, and also the Federal District and the municipality of Goiânia.

The Special Extended Consumer Price Index - IPCA-E was created in December 1991 and,  from January 1995 on, started to be released every quarter. This way, the IPCA-E is the cumulative quarterly result of the IPCA-15. Inflation preview is 0.55% in January

Inflation preview in January rose 0.55%, after registering 0.52% in December. The Extended National Consumer...

The Extended National Consumer Price Index (IPCA) 15 increased by 0.52% in December and closed 2022 with...

The preview of November inflation accelerated to 0.53%, after the index of 0.16% recorded in October....

After two months of deflation, IPCA-15 stays at 0.16% in October

After registering two consecutive months of deflation, inflation preview in October was 0.16%. Like in... 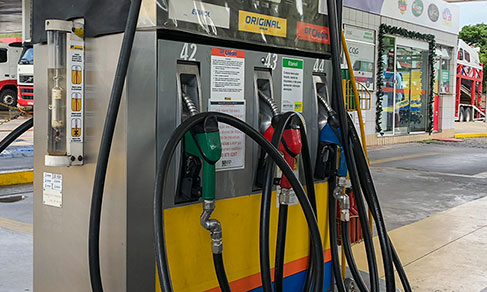 The Extended Consumer Price Index 15 (IPCA-15) for September was -0.37%. This was the second consecutive...

With fuel prices falling, preview of September inflation stays at -0.37%

The September inflation preview was -0.37%, registering the second consecutive drop after -0.73% in August....